Young Silas' world is transformed when his father is implicated in the arson of the sugar mill in their south Louisiana town. If he didn't do it, why run? What is it they are hiding from when they leave their Cajun home, first upstate, then, when the past catches up to them, to the river bottoms of Kentucky. Wherever they go, they take their heritage and values with them, as well as their secrets. Silas LaMontaie learns his life lessons well as he pursues his muse, the beautiful and enigmatic Jessie May, and later learns to be a musician. Silas LaMontaie is a literary novel of intrigue, wit, and family wisdom full of the colors, sights, and sounds of the south. Ultimately, it is a story of determining one's values and remaining true to those. 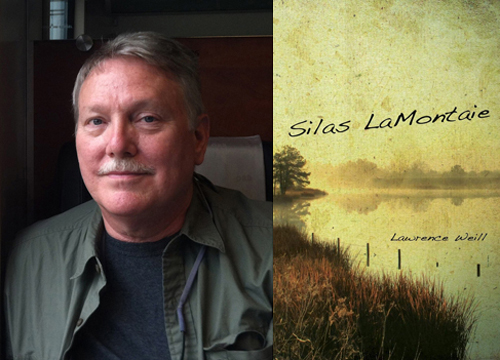 Lawrence Weill is a Kentucky author and artist whose previous books include The Path of Rainwater, Out in Front, Incarnate, and I'm in the Room. His fiction, poetry and nonfiction have appeared in a wide range of local, regional, and national journals. He also is a visual artist and an avid outdoorsman. He lives in the woods overlooking a beaver pond next to a wildlife preserve. 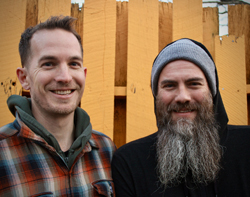 Lawrence Weill will be joined by Travis and Alex Tench, playing a mix of songs that span the rock, folk, and country realms, including four tunes written to accompany Silas LaMontaie. Travis and Alex started “Tinnitus,” their aptly-named first band, when they were 11 and 13 years old, respectively. “Local Boys Start Band,” raved the town newspaper. Since that glorious beginning, these multi-instrument-playing, songwriting brothers have continued largely separate musical journeys. Alex has played with, produced, and engineered a wide variety of Louisville-based bands, and Travis has sung and played in an array of groups, shows, and theater projects in Mexico and NYC. After Travis’s recent relocation to East Tennessee, they’ve begun to collaborate once more.