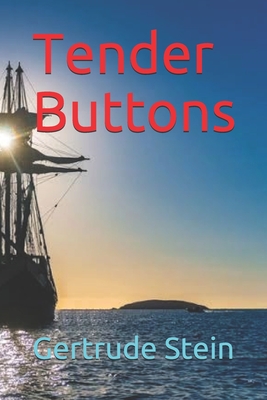 About Stein: Gertrude Stein (February 3, 1874 - July 27, 1946) was an American novelist, poet, playwright, and art collector. Born in the Allegheny West neighborhood of Pittsburgh, Pennsylvania, and raised in Oakland, California, Stein moved to Paris in 1903, and made France her home for the remainder of her life. She hosted a Paris salon, where the leading figures of modernism in literature and art, such as Pablo Picasso, Ernest Hemingway, F. Scott Fitzgerald, Sinclair Lewis, Ezra Pound, and Henri Matisse would meet. Source: Wikipedia]ObjectsA CARAFE, THAT IS A BLIND GLASS.A kind in glass and a cousin, a spectacle and nothing strange a single hurt color and an arrangement in a system to pointing. All this and not ordinary, not unordered in not resembling. The difference is spreading.GLAZED GLITTER.Nickel, what is nickel, it is originally rid of a cover.The change in that is that red weakens an hour. The change has come. There is no search. But there is, there is that hope and that interpretation and sometime, surely any is unwelcome, sometime there is breath and there will be a sinecure and charming very charming is that clean and cleansing. Certainly glittering is handsome and convincing.There is no gratitude in mercy and in medicine. There can be breakages in Japanese. That is no programme. That is no color chosen. It was chosen yesterday, that showed spitting and perhaps washing and polishing. It certainly showed no obligation and perhaps if borrowing is not natural there is some use in giving.A SUBSTANCE IN A CUSHION.The change of color is likely and a difference a very little difference is prepared. Sugar is not a vegetable.Callous is something that hardening leaves behind what will be soft if there is a genuine interest in there being present as many girls as men. Does this change. It shows that dirt is clean when there is a volume.A cushion has that cover. Supposing you do not like to change, supposing it is very clean that there is no change in appearance, supposing that there is regularity and a costume is that any the worse than an oyster and an exchange. Come to season that is there any extreme use in feather and cotton. Is there not much more joy in a table and more chairs and very likely roundness and a place to put them.A circle of fine card board and a chance to see a tassel.What is the use of a violent kind of delightfulness if there is no pleasure in not getting tired of it. The question does not come before there is a quotation. In any kind of place there is a top to covering and it is a pleasure at any rate there is some venturing in refusing to believe nonsense. It shows what use there is in a whole piece if one uses it and it is extreme and very likely thelittle things could be dearer but in any case there is a bargain and if there is the best thing to do is to take it away and wear it and then be reckless be reckless and resolved on returning gratitude.Light blue and the same red with purple makes a change. It shows that there is no mistake. Any pink shows that and very likely it is reasonable. Very likely there should not be a finer fancy present. Some increase means a calamity and this is the best preparation for three and more being together. A little calm is so ordinary and in any case there is sweetness and some of that.A seal and matches and a swan and ivy and a suit.A closet, a closet does not connect under the bed. The band if it is white and black, the band has a green string. A sight a whole sight and a little groan grinding makes a trimming such a sweet singing trimming and a red thing not a round thing but a white thing, a red thing and a white thing.The disgrace is not in carelessness nor even in sewing it comes out out of the way.What is the sash like. The sash is not like anything mustard it is not like a same thing that has stripes, it is not even more hurt than that, it has a little top.A BOX.