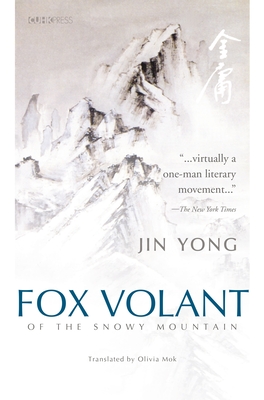 The story took place in Snowy Mountain in the coldest part of Manchuria, one Winter's morning in 1781. The Dragon Lodge party ran into the Horse Spring Banditry who were there to unearth a buried casket. They were waylaid yet by the Peking Overland Convoy. All three parties had designs on the metal casket, supposedly housing a poniard, which was an heirloom

of the Martial Brotherhood. A monk arrived on the scene and the invited the parties to the eyrie on the summit. The lord of the eyrie happened to be away summoning help to fight Fox Volant of the Snowy Mountain, who was scheduled to arrive on the summit at noon. While waiting, each one in the parties began recounting incidents which took place some twenty years before. The excitement, intrigue and action in these incidents are well dramatized, with one event firmly intertwining with others in the past, developing into a vendetta involving the offspring of several families. The story ends with a fight between Fox, the hero of the story, and his sworn enemy, but the result of the fight is untold, left to the imagination and creative power of individual readers.

Jin Yong is one of the best-known Chinese writers of this generation. He is an honorary fellow of St. Antony's College, Oxford and Wynflete Fellow of Magdalen College, also at Oxford. Olivia Mok teaches translation at the City University of Hong Kong.