The Street Lawyer: A Novel (Hardcover) 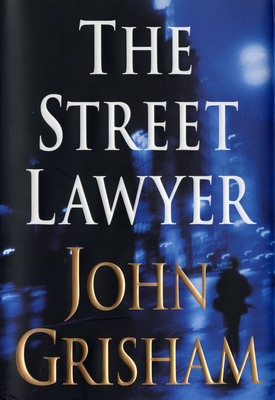 #1 NEW YORK TIMES BEST SELLER • Michael Brock is billing the hours, making the money, rushing relentlessly to the top of Drake & Sweeney, a giant D.C. law firm. One step away from partnership, Michael has it all. Then, in an instant, it all comes undone.

The money was good and getting better; a partnership was three years away. He was a rising star with no time to waste, no time to stop, no time to toss a few coins into the cups of panhandlers. No time for a conscience.

But a violent encounter with a homeless man stopped him cold. Michael survived; his assailant did not. Who was this man? Michael did some digging, and learned that he was a mentally ill veteran who'd been in and out of shelters for many years. Then Michael dug a little deeper, and found a dirty secret, and the secret involved Drake & Sweeney.

The fast track derailed; the ladder collapsed. Michael bolted the firm and took a top-secret file with him. He landed in the streets, an advocate for the homeless, a street lawyer.

John Grisham is the author of more than thirty novels, one work of nonfiction, a collection of stories, and seven novels for young readers.

"Compelling...if there's any justice, The Street Lawyer will be his biggest hit yet." —Entertainment Weekly

"An entertaining read with an important theme."—Chicago Sun-Times

"The plot surges forward, pulling us along as we turn those pages a mile a minute." –San Francisco Chronicle